Would you laugh if I told you that this post is four months overdue? Well, you'd better get your giggle on then.

I sat on these swatches for a little while because frankly, I didn't want the beauty of them to be overshadowed by 50 million other polish-aholics swatching them the same week they were released. The Models Own Beetlejuice collection actually came out in November 2011 and was highly coveted to say the least. So much so that the complete sets (comprising of 5 gorgeous duo-chrome polishes being sold for £5 each or less if bought in a set) were sold out instantaneously on the Models Own website. I had heard that ASOS were selling sets of three for less than £15, so I went over and had a look at the sets. Unfortunately, out of the 3 polishes I really wanted, the set only had one. I bought the set anyway because the other two colours still looked intriguing. 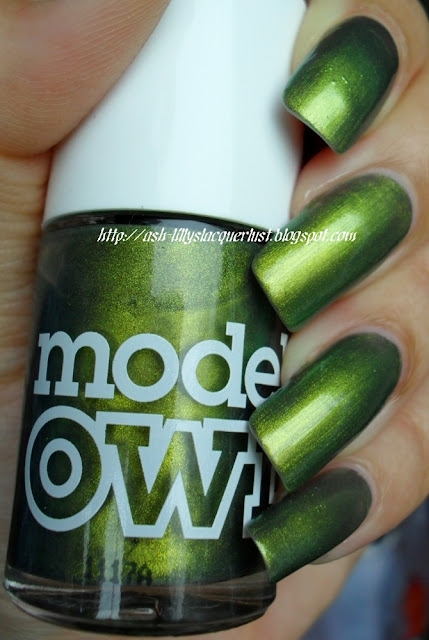 This is Golden Green.  Yes, it is golden and also green at the same time! The formula is smooth and it took three coats to get this level of coverage. 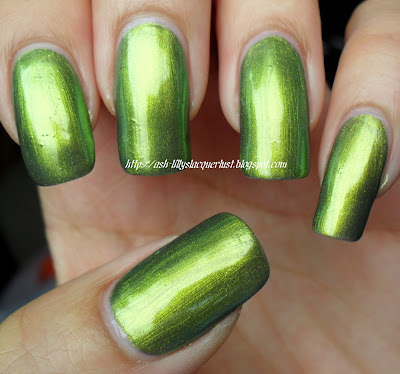 In real life, this polish is all the more striking. With a bit of sunshine this will burn your retinas! 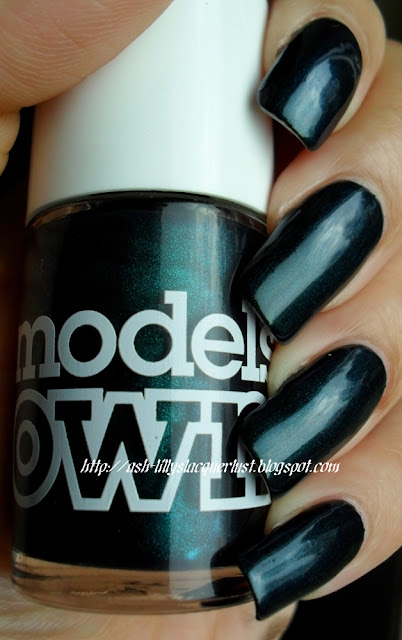 Emerald Black.  These photographs do not do this polish justice. In one light it looks like black ink, but then in another, the emerald is clear to see. It's a very pretty polish, but I doubt that I'll get much wear out of it simply because I want the other colours. I know, I'm such a spoilt child! 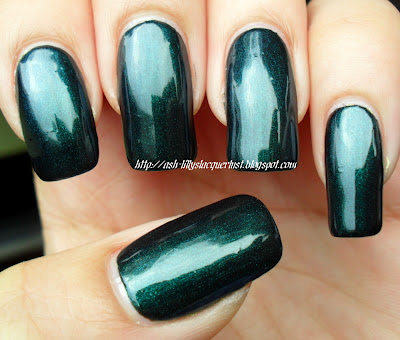 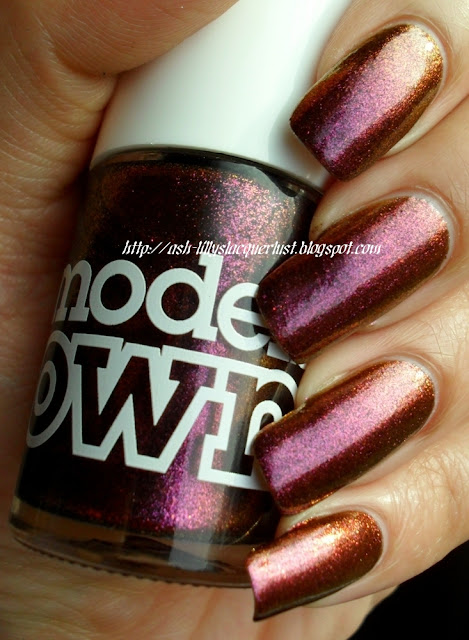 Ah...Pinky Brown! Now this one is definitely a looker. The dual colours are blatant and nowhere near as subtle as the two colours before.

Here you can see the brown (which looks more like bronze to me) and also the dark pink. 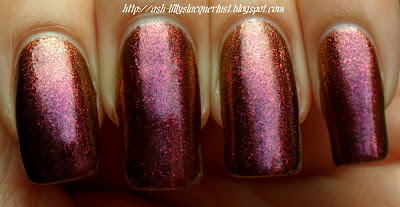 Aqua Violet and Purple Blue are still on my list to buy and if you buy from the website, you can get a discount on either three or five bottles. You can't say fairer than that can you?

Have you got any of these polishes?

P.S. If you're looking for wallet-friendly options for nail polish, try these coupons for Overstock.

Email ThisBlogThis!Share to TwitterShare to FacebookShare to Pinterest
Labels: duochrome, Models Own