Hi everyone, hope you are well on this Sunday evening.
For the first time in absolute months, I went out last night! It was supposed to be a school reunion in a club, but it in the end, there wasn't such a huge turn-out and it ended up being quite informal, with some old friends and some good music.
I'm in a style rut at the moment so instead of trying to find 'the' outfit, I thought I'd just wear a LBD (lil' black dress) and focus on the 'accessorising' thing instead. This included my nails ;-)
Yesterday I wore (and still am wearing) shade 9 by MUA and a layer of Barry M Instant Nail Effects. 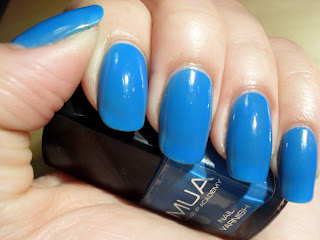 Two layers of shade 9...which has a slightly jelly-ish look to it and looks rather nice just on its own. I love the fact that each bottle only costs £1! 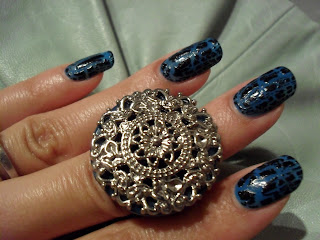 With the Barry M and a ring from H&M and handbag from ASOS that I wore. 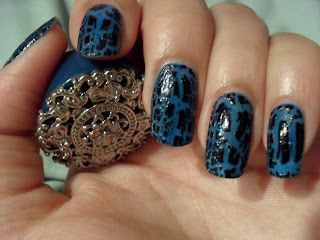 I put a thick topcoat on it but as the black cracks were so big, the surface is still as rough as it looks. I will definitely use it again and probably with a much lighter base colour underneath.
Night all, enjoy your week!

BTW, I've just entered a giveaway with Nails Beautiqued. Wish me luck!
Posted by Liane at 21:57