I've had a rubbish few days. My eldest daughter, Little 'un, has been sick after catching a bug at school. We were at one of her little friend's birthday parties (at one of those wacky warehouse places) and she was not her usually chatty self. She was too quiet and was burning up. One of the mothers casually mentioned that 'everyone' at her school had caught this bug. Marvellous.  Not only was Little 'un now sick and threatening to decorate the back seat of my car with partially digested burger, chips and birthday cake, but I also had Dribbles, the little bubba with me AND I'm immuno-compromised because of some medication I take. Three days later, the poor Little 'un is desperate to go to school for her Christmas party and still has burst blood vessels around her eyes from where she has been coughing so hard. Dribbles is fine and thankfully so am I.  Mama can't afford to be out of service!  I really hope the Little 'un is better tomorrow; she's already missed out on a pantomime because of this bug.

Okay, so on to the polish. Recently I went to Sally's to see if I could find some China Glaze lacquers.  Now as you may already know, I'd been saying that I had wanted to try out this brand, so when I saw the deal that they had going (buy two, get one free) my opportunity was right there.  Alongside being able to get a few CG polishes, I was also able to pick up my first OPI for £2.10 from the bargain bucket that was by the cash register!! The sales assistant was even kind enough to check the contents of another bucket behind her and find another two which were on the cheap...but I didn't like the colours.

As I was so happy with my purchases, I immediately swatched half of them.  I got to the third and couldn't bear to take it off because I liked it so much. I felt like I was wasting polish. So now I'm going to post the individually. First up is: 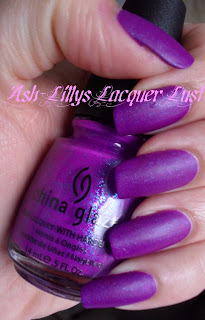 China Glaze - Flying Dragon (Neon).  I nearly cried after the first coat dried. It was matte!! :-( I'm really sorry, but matte is not one of my favourite finishes.  I put another two coats on and still, I was mortified. The blue, glittery goodness was totally lost to me. 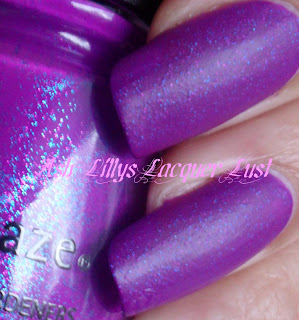 I was expecting what was in the bottle, not that ^^^ 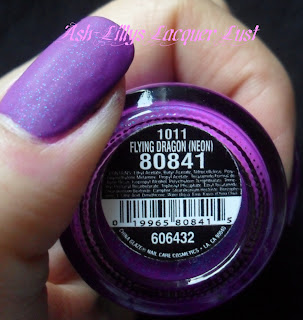 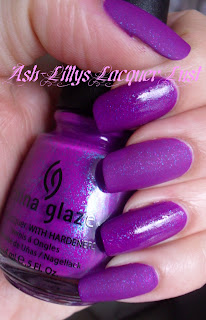 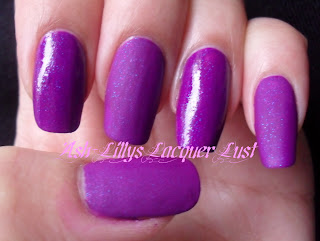 I think I'm going to have to wear this with the glossiest top coat I can find.  I do NOT like this as a matte at all. Don't worry though, this dragon isn't flying anywhere fast. She shall be making an appearance again...as a GLOSSY FINISH!